Recreational and commercial stone crab claw harvest season opens October 15 in both state and federal waters. It is important to understand how to properly and carefully remove the claws, as well as follow all conservation-based management guidelines when harvesting.

To be harvested, stone crab claws but be at least 2.75 inches long when measured from the elbow to the tip of the lower immovable portion of the claw. This video from Florida Fish and Wildlife Conservation Commission is a great tool to ensure you’re removing claws properly and increasing the likelihood of survival of the released crab.

Related Stories: Biggest Walleye Catches from Around the World 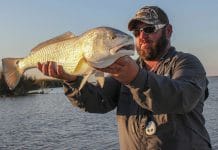