Hurricane Harvey has caused unprecedented devastation in Houston, TX with tens of thousands displaced from their homes. But Thomas Edwards, who is 17 years old and his three friends, Richard Dickason, 17, Liam Connor, 17, and his brother Declan Connor, 15 have been doing something amazing for the city.

Related Stories: 3 Tips to Help with Your Boat Insurance Claim

These high school boys have been going through the flooded streets in a small fishing boat saving people and their pets. They have saved as many as 50 people and numerous animals. All while their own homes and cars have been flooded.

“Once the boat began to float on the trailer we decided to venture out,” Edwards said. “We could hear people screaming for help and we towed a paddle board behind us so we could fit more people on the boat. We began to pick people up and take them to a local Krogers, where other evacuees sought refuge. We were the only boat in the neighborhood until 2 o’clock, and we motored back and forth making trips to rescue as many people as we could.”

Related Stories: Video: How to Easily Launch a Boat Alone 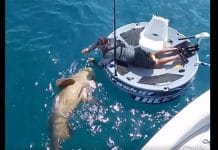 Ultraskiff will have You Hooked! Check Out this Awesome Fishing Platform 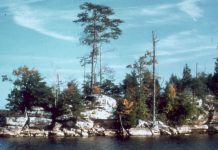 Check Out these Boat-In Campgrounds for a Quieter Camping Experience 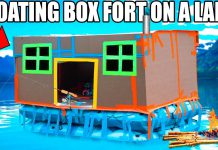